Business continuity is about survival, but done right, it can help media companies flourish 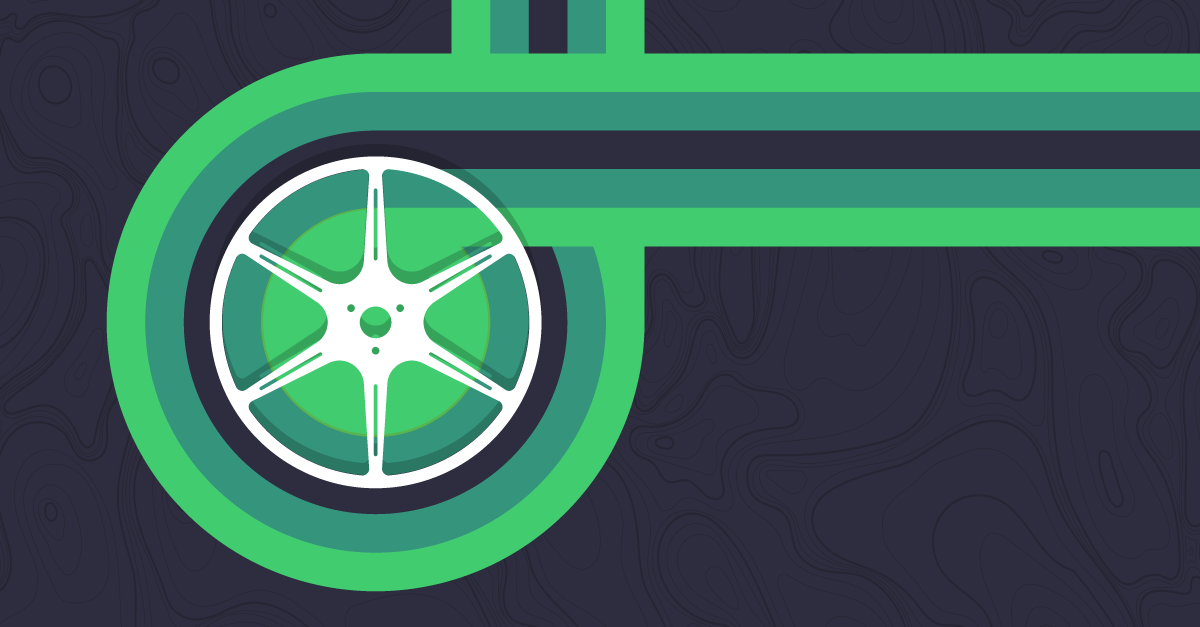 If you define “business continuity” the normal way, you’ll miss out on significant benefits that go beyond merely surviving.

Business continuity is essentially a euphemism for disaster recovery. But as part of a strategic approach to the threat of unplanned change, it can be much more than that. Done well, it can even be an active part of the ongoing success of an organization.

Media companies are a special case when it comes to planning for disruption. Some types of business have been able to “virtualize” their day to day activities and shift to home working, often with surprisingly little disruption. Employees and management alike have reported that while it’s certainly different, it’s not necessarily worse, and in at least some ways, it’s quantifiably better.

For businesses whose core mode of operation is halted by changed conditions, there’s little opportunity to move forward without making fundamental changes that might at first feel drastically different from the norm. Other types of organization are able to keep the essence of their businesses alive and well by making changes that keep their employees safe and productive.

None of this is easy for any industry, but it’s arguable that occupations like accountancy and banking are more amenable to virtualization than media organizations, mainly because spreadsheets and ledgers are text-based documents with a very low data overhead. Compare and contrast that with typical video files that will soon be as big as 85 megabytes per frame. That’s an extreme example, but production quality files are typically measured in gigabytes. It's hard to squeeze that quantity of data down the very narrow data pipe that is domestic broadband.

There are ways to overcome this issue and - surprisingly, perhaps - have your entire media creative team work from home with an increase in productivity compared with the time before the new technology was installed. We’ll look at this in a minute. 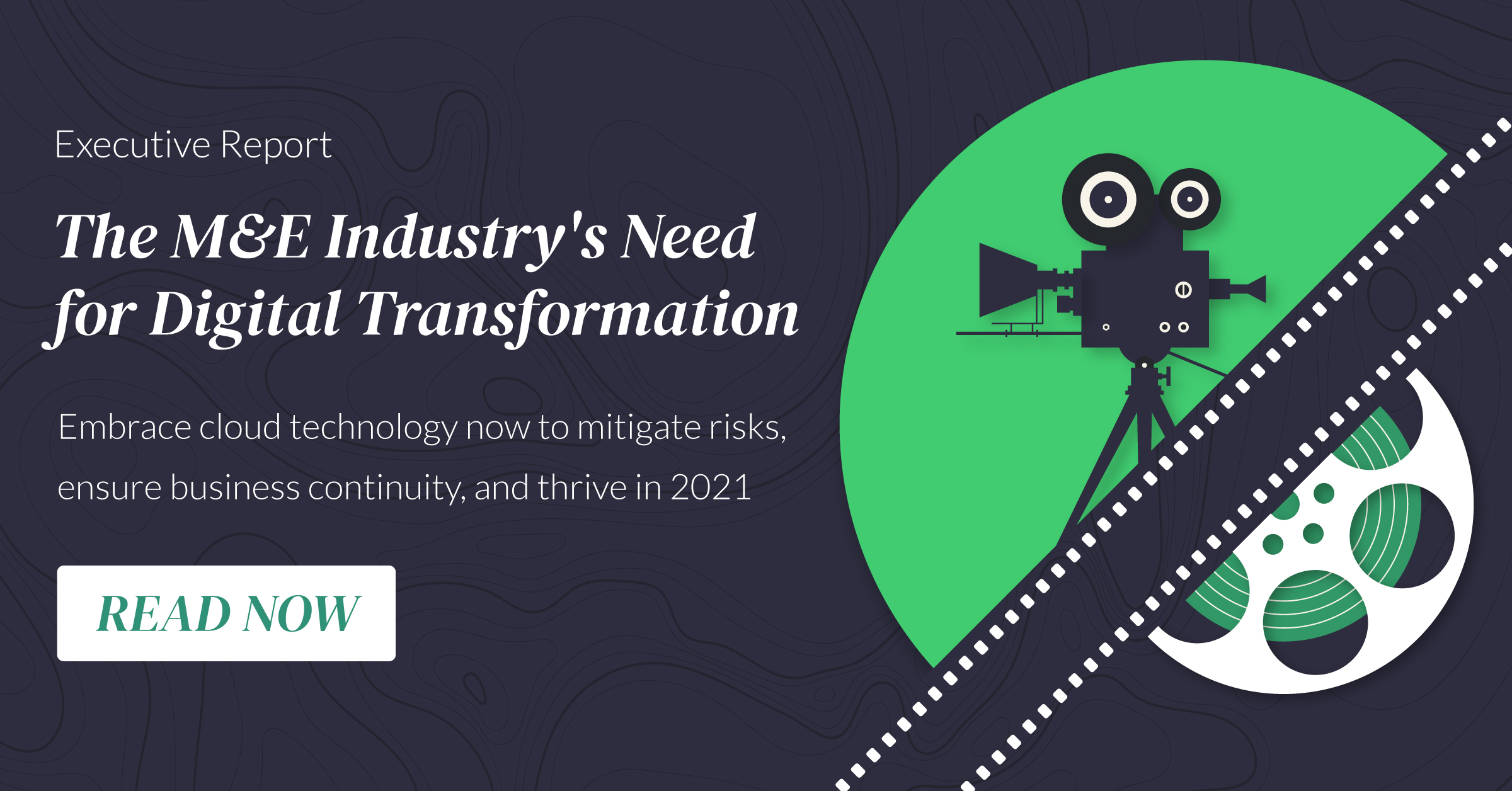 There was a very effective TV advertisement for UK newspaper The Guardian in 1986. It depicted a man appearing to assault an innocent pedestrian. From one camera angle, it was impossible not to conclude that this was a criminal act, the aim of which was to steal from the victim.

But from another angle, it became unambiguously clear that the real motivation for the “attack”’ was that the perceived victim was about to be hit by a falling object from a building site, and the “attacker”, who had realized the danger seconds earlier, was pushing him out of harm’s way.

In today’s era, we need to be constantly aware that there might be another angle to everything we do. This is reasonable, because one of the primary characteristics of “the unexpected” is that we don’t see it coming, because we weren’t looking in that direction.

Businesses need to be stable and strong, and that image needs to be outwardly apparent. Their customers like it because it makes the company and their products dependable, and investors like it because their money seems safe.

But where does that leave “flexible”? Cars that give you the smoothest ride don’t always get round the tightest bends without drama. Racing cars put agility first, but they’re not without their disadvantages, especially if you want to take the family for a ride. How is this relevant to media companies? It’s this: if a content production business depends on a vast, monolithic infrastructure, then they’re very unlikely to be able to make the scope of changes demanded by unexpected events in time to avoid severe disruption. That TV advert was making the point that what might seem right from one direction is completely wrong from another, and it is indeed the case that many businesses invest themselves away from flexibility.

So, how do you immunize yourself against rapid, disruptive change? The answer is to build flexibility into your strategy. Prepare yourself for the worst possible scenario. It might be that that’s what we’re living through right now.

Just about the most flexible entity that’s available to businesses right now is the cloud. It’s a technology that’s maturing rapidly - especially as the factors associated with fulfilling its potential are maturing too. Bandwidth isn’t the bottleneck it used to be, and cloud native software techniques are blossoming, with microservices, open APIs, containerization and many more, leading to a massive improvement in the viability of cloud services.

The cloud’s benefits extend to media companies too. While competitors scrabble to bolt on cloud services to their existing Earth based products, IPV’s Curator is native to the cloud. It works as well remotely as it does on prem. It’s a searchable layer in the cloud that allows content creators to access and immediately use any content that exists in a library or archive.

Adobe Premiere Pro is the default choice for freelancers and content creators across the globe. Curator has a close and tight integration with Premiere, giving Adobe users a familiar user experience, while bringing real time search and retrieval to the NLE’s media libraries.

A path to a resilient future

The cloud can provide the flexibility needed to withstand massive disruptive change. For media production companies, Curator is cloud-native. It provides a full editing experience remotely or in house. It lives in the cloud and delivers media almost instantly to content creators.

And because it’s designed for the cloud, it’s optimized for it. It works at its full potential in the cloud. It does this by automatically creating visually detailed but tiny proxy files that are streamed in real time to an Adobe Premiere timeline. To a user, it’s like the original media files are on their local computer. To a content thief or hacker, there’s nothing there.

This is a win-win situation: protection from disruptive change, and an optimised, secure, editor-friendly workflow.

Working remotely from your colleagues can seem different, but it doesn’t have to be unproductive. Modern productions are complicated and multifaceted. It’s normal to collaborate with colleagues on these projects.

Curator has collaboration built in. It’s easy to switch control of projects to fellow workers quickly and efficiently. There’s no waiting. It’s a two way conversation. There’s no painful delay while you upload files or wait for permissions. It’s instant. It keeps the content coming and the creative flow in motion.

For busy media companies, IPV Curator is the way you’ll want to work anyway. You don’t have to wait for a crisis, but you’ll be ready for one if it happens.

Find out how Curator has already proved itself in the biggest health crisis for a century...