C is for Cookies (and Curator): How Sesame Street Smoothly Transitioned to Remote Production 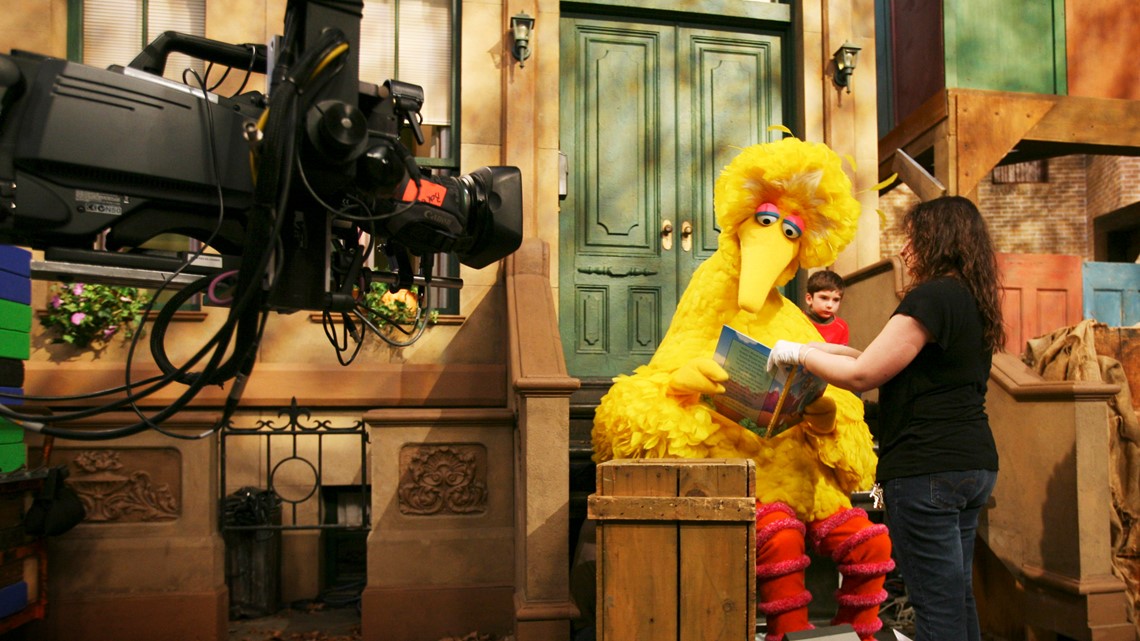 IPV spoke with Sesame Street video editor, Memo Salazar, about how the creators of the beloved children’s show were able to pivot to producing at home without missing a beat.

In this Q&A, Memo discusses how having a successful remote editing system already in place made the move from Sesame Street to their own neighborhood streets much smoother for his team. Read on to find out how they were even able to get “The Not-Too-Late Show with Elmo” to HBO during lockdown.

How were your team creating content before COVID and how did you switch to working remotely?

Sesame's a unique creature in the TV world. They do things a little bit differently. It's very cyclical. They're doing the scripts and then we start filming the individual segments. Then we're editing those segments and then they're working on writing for the next season, which involves a lot of research. We're now assembling the 30-minute shows. By the time we were in the 30-minute shows, they're already in production for the next season. It just never, never ends! Plus, there are digital projects and specials, so in a regular season there's always something to do.

We had finished filming season 51 when COVID hit. We didn't get to do our final week of shooting. We had a lot in the can, which is lucky because we had a lot to work on in those crazy months when we were all like, "What's going on?" The unlucky part is we still had deadlines, so we had to pivot and figure out how to keep working without missing any.

Normally, we have a small team, with the editors all working off an EVO shared storage solution. Once somebody locks a cut and we do reviews with the producers, then we send it to a colorist. If we do VFX, then we send that out of house. The EVO is our master world. Once the season is totally done and we know it's good to go, we start the archival process with IPV and Curator. We'll archive all the raw footage and our masters, which get a special ID number.

I work with the archive team closely as the supervising editor to make sure everything is where it should be. The tech ops team is our support system and when COVID hit we started talking with them about remote editing. We had a few 80 terabyte towers for local backup. We added a couple more and started consolidating whatever gear we had to make sure every editor could go home with a system.

Our Internet connections at home were way slower than at the Workshop, so we would try to work locally and then send the Premiere project to the EVO and then re-link remotely for exporting and uploading.

The first few weeks were insane but the workflow worked, and the theory was proven. The only real bottleneck was our own personal system. When I needed to digitally send hi-res footage to QC, that would be an eight-hour download. Or when sending a project to the assistant editor, for some reason there would be another file with the same name and he would re-link to an old version. Things like that happened.

We already had a tight deadline when COVID hit. HBO Max was kicking off in April and we couldn't miss our delivery. It was hairy for a while. Even now, everyone's just working remotely and it's still working. The pressure's off a little because we don't have deadlines for a couple months, but every day people are cranking out cuts.

One of your biggest success stories was getting the “The Not-Too-Late Show with Elmo,” to HBO during lockdown. How did you pull that off?

Our immediate deadline was for  “The Not-Too-Late Show with Elmo,” which was the next show for HBO Max. We shot that in December and January with only me, another editor and an assistant editor working on it. It was a small team, which under normal circumstances would've been fine.

We probably worked for a good month and a half on it before we had to pivot to remote working; we had already established our workflow at the Workshop for that specific show. If we had to start from scratch, it would've been crazy. There are 13 episodes, each 15 minutes long so it wasn't an insanely large amount of footage, thankfully. Also, it's its own beast. The regular show is much more complicated because you've got a half an hour show but half of that is old footage from previous years that you mix with new footage. We're about to start those assembly processes for the next season.

What were the technical challenges that you had to overcome?

It really was all about the internet bandwidth and having the systems we built in our respective homes playback video in real-time at full quality. It's not a puzzle you can't solve. It worked well but it was truly just a matter of bandwidth because that just slows you down.

Adapting to a Zoom call/review is more of a challenge. It's all remote and, with the quality, you don't know what people are seeing on their end or if they're streaming something off the web. But from a post workflow perspective everything worked well.

What would you say were your top successes and highlights?

In a short amount of time, we really talked through the whole workflow. The crucial week was when we were still at the office and asking, “what am I pulling” or “what do we need to bring?” It's not like we had anything special. It was about sitting down and working things out ahead of time: “who's going to need what?” or  “Is there a scenario where this producer might want this?” The issues that we encountered that were hard to predict were minimized because we had thought everything through earlier.

How do you think the video industry will be impacted overall?

In a professional broadcast TV environment, post is one of those areas where it really does help to be physically in the same room. We're making it work, obviously, but you do gain something by being right there. It is easier to catch mistakes when you simply walk into another person's room and just watch the cut. In other parts of the industry, especially on the producing side, they don’t need to be together, but having a physical presence in the post workflow is helpful.

Someone will come up with a run down but then when you start assembling the show, you realize it's too long or this doesn't quite fit and so you have to go find another. With Curator, it's no problem; you just go in and pull what you need, and there it is. Figuring out how that was going to work remotely was a little more challenging. The theory's the same but you have to think “how long is this going to take to pull this and get to my house?”

Do you miss being in the office?

I like the two hours I've gained back from my commute, but I miss the human element. It would be great to have a split between working from home and going into an office. But I'm sure the next wave is going to come up again. We'll probably have to go back to what we were doing in April. We're lucky though with the technology we have now where there's enough of a remote infrastructure to make it work. If this had happened 10 years ago, we would have been screwed.

You have questions, we have insights. For more information on how today’s leading broadcast organizations are approaching workflows during and after the pandemic, check out our report, The Future of Video Production: How Leading Video Pros Are Responding to Remote Workflows.