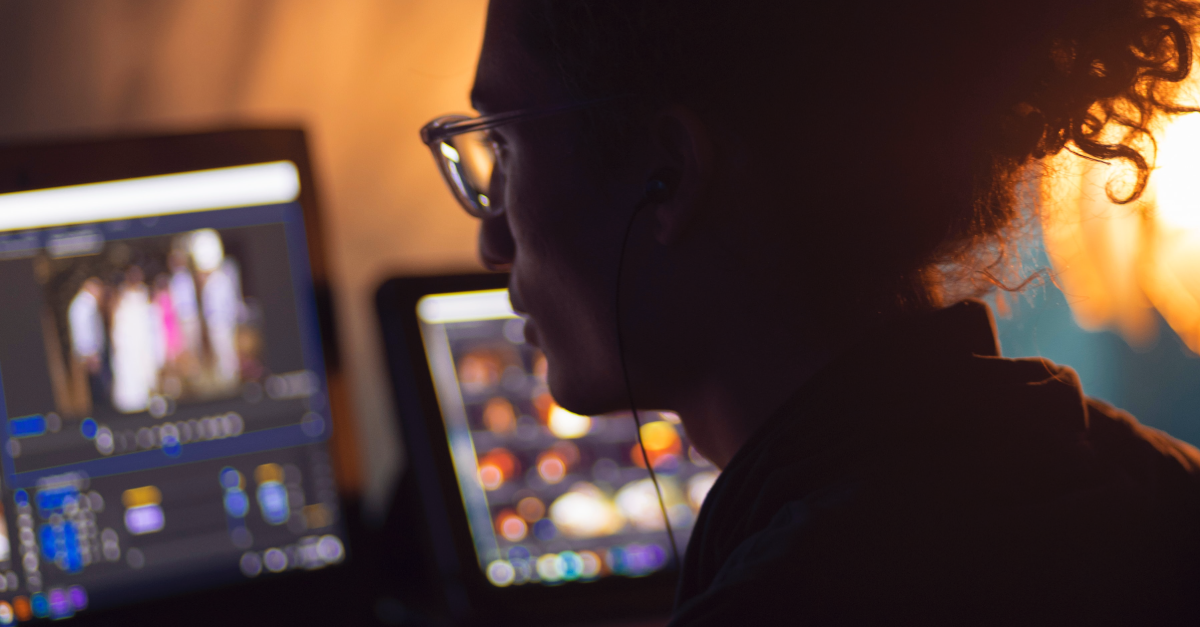 Crew Cuts is a NYC-based post production facility providing editorial, visual effects, design, color, and finishing to clients such as American Express, CVS, musical artist Lorde, the NHL and others by a roster of the industry's top talent. Michelle Conroy is the sales and production manager at Crew Cuts.

What is Crew Cuts and what do you do?

We started off as an editorial only company, and then over the last 35 years we've grown to be a post production facility as budgets have reduced and clients need more content at a lower price point. We have such talented people that we can do everything from start to finish, at this point we've become a creative studio.

What were you doing prior to COVID and how did you adjust to completely remote workflows?

Prior to the pandemic we were doing live shoots. If you had asked me a year ago if we could go into being a totally remote company, the answer would have been yes, but with a lot of caveats. We did certain things like remote record and remote color sessions, but in terms of actual editorial and production that just didn't seem possible.

It's amazing what the pandemic has proven. In an ideal world going remote would be something that would take a couple of months of planning. But in reality three days is all it takes to take a company of 50 people and make it virtual.

It's been all about finding creative solutions to problems that you can't foresee. For example, we created this virtual network that works, but nobody thought about the fact that maybe one internet service versus another isn't going to match up. Then you have to take a step back and ask, “how do you solve that?”

That said, we've been really fortunate. We haven't had to furlough or lay anybody off in this time, and we've actually promoted several people. So it has been a really unique opportunity and I'm really proud of what we've done.

How were you editing remotely? Were you using a VPN or were you shuttling hard drives?

We realized that there isn't one approach because it really depends on the client and the type of project. At first it was VPN and stock footage, or if not stock footage, then repurposing unused footage from clients' previous campaigns, or completely scrapping productions that had been set that suddenly couldn't happen and pivoting to animation or graphics.

Now as we have production opening up again it's a question of "How do we work with one third of a crew or even less?", "How do we deal with makeup?” And “How much space do you actually need when everybody needs a separate space?"

We have a lot of multi-hyphenates at the office. One of our earliest projects was a PSA for New York State on wearing face masks. One of our editors, who is also an incredibly talented director, and his girlfriend, who is not an actress, essentially cast themselves. They shot it, they edited it, and we got it through post production over a weekend.

Though if you're shooting out of the country, VPN isn't really going to work. So then it's internationally FedEx-ing hard drives. There have been days where an editor has called and said, "I'm going to have to do this tonight because if I'm downloading or uploading then my kids can't use Zoom for school."

Those are interesting dilemmas. But I'm not sure if people are going to want to go back to the traditional model, because things go quicker without having everybody in the office. There is no one right way to do it. It's figuring out the best solution in each instance.

What lessons have you learned along the way?

Adaptability has been a big one. There has always been a lot of “hurry up and wait” in this kind of work, but with people now working remotely there is a lot more communication.

I think most companies like to think that they're really good at communication, but when you're suddenly in a position where people aren't in the same place, multiple deliverables, and many projects all happening at once, you start to find the gaps.

We've been really lucky because things that eight months ago would have been harder to introduce have become standard. Zoom, Google Hangouts, Microsoft Teams, FaceTime, these were things that techies used, but now they've become part of the nomenclature of how we do everything.

What are some of your project highlights from this time?

We were brought on to work with a large multi-national weight-loss company on a big campaign with multiple state bases. Right before the pandemic hit, about a third of it had been shot with real people.

For the first two phases they went to shooting Zoom-directed follow-ups with all of them, and then the campaign actually became, "What is this company in an era where not only have you lost all of this weight, but now you're inside and you might be with a lot of your triggers?”

They were able to shoot in this new way and then juxtapose it with the previously shot first portion of what was supposed to be these relationships between these people, and how that grows from being an in-person to a virtual thing. It ultimately ended up making the first two phases really interesting, almost elevating the concept unintentionally.

For phase three, we're going into a socially distanced in-person shoot. So one third of the crew is doing each person individually over time, and we're going to start editing those in the next few weeks. It’s really been this story of what could have been just an entirely lost full year campaign, and instead getting to work with them to help reimagine what the campaign was actually focusing on.

A lot of our success stories have been just helping the client salvage whatever they could initially and now we’re helping them reposition themselves in this new landscape.

Are you planning on returning to the office?

That’s one of the big things that we're discussing right now. Half of our staff have kids. New York schools are only opening for two days a week. So these are kinds of the things now that we're now dealing with.

We were always a tight knit company, but now there's a real, "I understand that this is what you're dealing with and I can help in this way." Or, "As a company, before we're opening up, we want to make sure that if everybody comes in, it's safe for them." I know that isn't the case everywhere, so I'm really happy to be a part of a place that is being so respectful and trying to find solutions for everybody.

Do you think people are just going to continue to work remotely when this is over?

I think quite honestly there will always be some clients or some projects where you just absolutely have to have the client in, but I think that a lot of people realize it's faster not to, and that that gives a lot more time to focus on the project at hand.

It has really woken everybody up to the fact that the work life balance just isn't there. For an industry like advertising it's a lot harder to draw a hard line and say, "9:00 to 5:00 you're in." Some of your biggest clients aren't doing that so it seems like we're going to finally be done with the open concept office that nobody likes.

You have questions, we have insights. For more information on how today’s leading broadcast organizations are approaching workflows during and after the pandemic, check out the latest IPV report, The Future of Video Production: How Leading Video Pros Are Responding to Remote Workflows.

How the Bengals Kept Millions of Fans Engaged During Lockdown