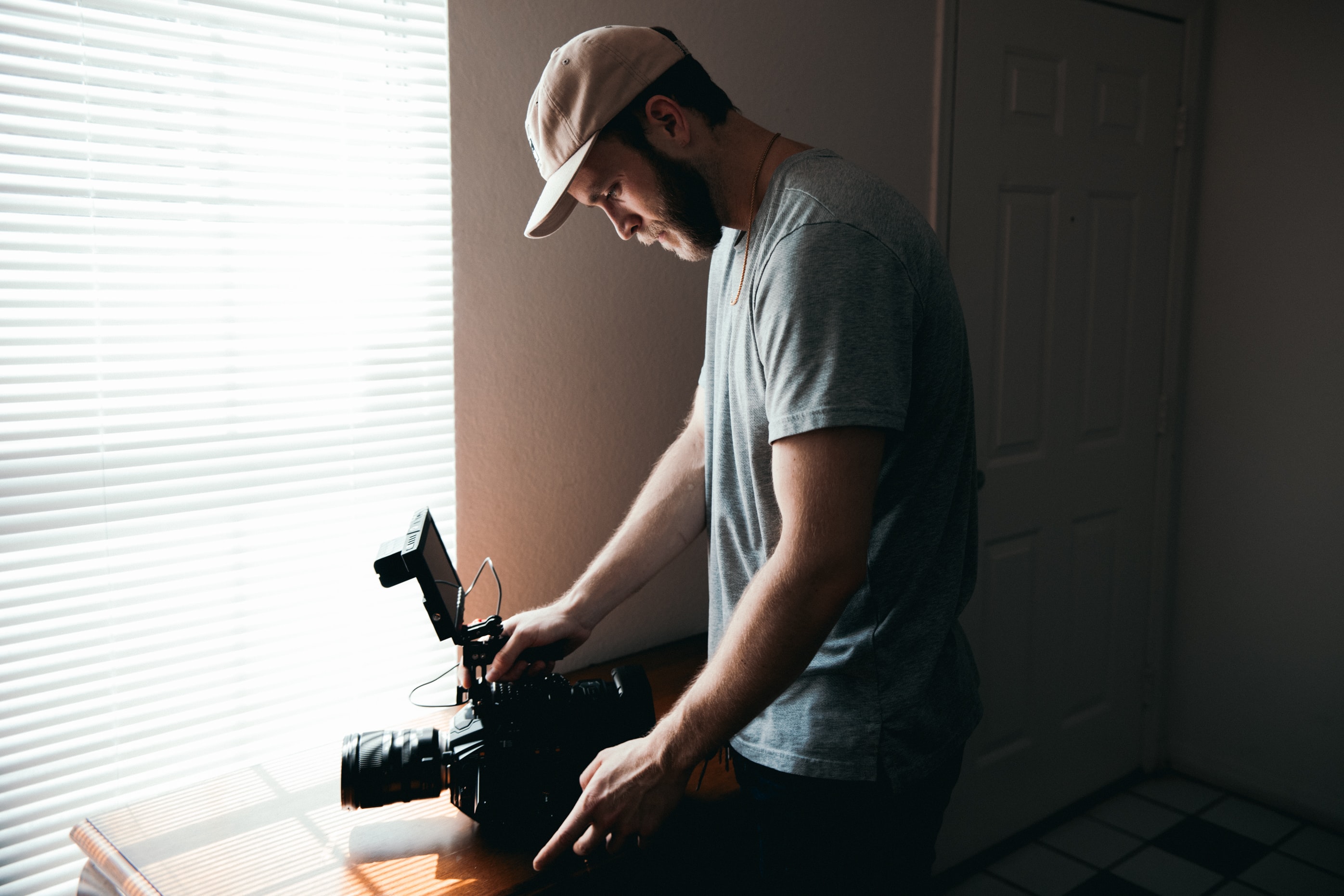 IPV’s Gabrielle Skidmore chats with Adorama’s Senior Video Content Producer, Sal D’Alia, to learn how their team changed their approach to content production in lockdown and what they’ve learned along the way.

Sal is the creator and producer of original content for Adorama, including the “Through The Lens” web series that looks at the evolving aesthetic of photography as seen through this generation’s creator class. He started his career as a freelance director, producer, camera operator, and editor and has worked for a number of Fortune 500 companies and networks like Marriott and Sony, and artists such as Madonna and Ed Sheeran.

Read on to hear how he and his team were able to keep creativity alive during a global pandemic with their ‘Create No Matter What’ campaign, designed to encourage the creator community to use these unusual times to think outside the box, learn new skills online, and develop new projects at home.

We used to do a meeting once in a while to know what everybody else was doing, and then everything changed with the pandemic. After that, we started meeting every day on Teams. Teams became the word of the day. So we used to have meetings over meetings; I think it brought us closer together, as if technology made us more productive and actually tighter.

It's also been sharing more personal information and not just the business, so it just brought the team together on a different level. That was one of the best things that came out of all this madness.

How did you change your approach to creating content when you had to start working from home?

The YouTube channel is pretty old; it’s been there since the beginning of YouTube. When I came to Adorama I was asking, "So how is your YouTube channel? What do you do for social media?" They were still at the beginning. So, little by little, every year we grew our channels. We created the Instagram profile, and from there all of the other platforms, such as Twitter and TikTok.

I started bringing on more original content where selling and sales was not the focus - it was more about being part of the community of photography and filmmaking. Now we're 5,000 followers away from a million.

All of this grew during the pandemic. We're getting the tools for people to be connected more. You see some products that were doing very well before going down in sales: people won't buy big lights or professional equipment anymore because they're not going to use it at home.  At the same time, you see everything else going up. So you see people buying webcams and small cameras for blogging, and  lights that you can put on your computer for your vlog. So we had to shift a bunch of our projects. I was traveling a lot around the world to feature people from different communities. I had to stop all that and change the way that I approached my work.

We created what I think was our biggest success of this whole pandemic: the hashtag, ‘Create No Matter What’. We motivated people and focused our energy. Every single piece of content that we did from that point on was about what you are doing at home to keep yourself motivated and keep your creativity alive.

Personally, I did a short project using my family, one camera, no lights, all natural light. We did a  commercial where my wife is watching Netflix all day because of everything that is happening. Then she sees the ‘Create No Matter What’ campaign and says, "Okay, I’ve got to do something." She takes a little strobe, a light, a flash and a camera and starts taking some pictures of our daughter. Then she starts writing a script, doing meetings with colleagues and working on an iPad actually creating and retouching the photos. People were very touched and motivated by it.

We decided that ‘Create No Matter What’ is almost like a statement for us at this point. It's not just something for the pandemic.

I really like the idea of utilizing your own family in your home. How did you shoot that?

I only had one camera here with me, the Sony a7 III and I only used natural light. Since it's Manhattan, and you only get a short window where you actually have light in your apartment, we only shot during that couple of hours and a little bit on the rooftop, and that's it. It went very well, because it doesn't matter so much about the quality and the aesthetic. It's really about the heart of what you're doing at that moment.

Were you the only one editing that project, or did you work with a team of editors?

In this case it was just me. I shot it and then I edited it. Then I also took care of the YouTube channel, so I did the posting and tagging. This is the modern life of a content creator.

Do you see yourself creating a lot more “self-produced” content during lockdown?

It's definitely all focused that way. It doesn't matter where you are, you can do this type of stuff.

I also did a music video; I show viewers how to create a low-budget music video at home. With just one camera you can make it happen and do a very cool video. So we keep producing and thinking that way. We have a bunch of contributors on our YouTube channel and hosts of shows, and they're all creating. They're not doing anything that is impossible.

I'm also working on a new high-end commercial. The focus is going to be on how technology is actually a tool that you can use to bring people together, not to become more isolated, as some people think.

What lessons have you learned along the way?

We realized how powerful some of these tools are in the last few months, even just a webcam and a website where you can actually stream and record your thoughts. It's incredible.

We know, especially now, that in the next few months there are going to be a lot of problems. People already have problems, such as photographers and filmmakers who have fewer clients and smaller budgets. So we want to support them in any way we can. We don't want people to give up on their dreams. The whole social media world lets a lot of people express themselves, sometimes to leave 9-to-5 jobs that they didn't like, and to actually do what they love. We don't want people to give up on that.

How do you think this will change your industry personally?

Our business has so many different categories and fields so there's always something changing. But now the online world is even bigger. We want to support all those different types of creators doing YouTube channels, doing Twitch channels and livestreaming, doing their work from home.

Where do you see your team and your company in the next year or two years going forward?

Well, we actually just did a four-year plan. 2020 has already been a rough year in general for everybody, but we are already thinking of ending 2020 with a bang and starting 2021. We really hope it's going to be our biggest year yet. We're approaching everything in a different way, in a more, I would say, young and upbeat way. 2021 is going to be a key year for us as a company.

You have questions, we have insights. For more information on how today’s leading broadcast organizations are approaching workflows during and after the pandemic, check out our report, The Future of Video Production: How Leading Video Pros Are Responding to Remote Workflows.