The Evolution of MAM. How Curator has changed since its launch in 2016

As 2019 comes to a close, we look back on all the ways IPV’s flagship video asset management system, Curator, has changed since it first launched in 2016.

IPV has been developing tools to help people create great videos since 1999. In the beginning, we created bespoke systems that solved problems for a small number of video experts.

Over the years, we developed a collection of tools that provided more and more control over video assets and production; ingest control, remote editing, an Adobe Panel, automated workflows, and our industry-leading 2% proxy transcode, for example.

It wasn’t just the video editors, archivists, librarians, and marketing managers that needed these tools; technology and IT teams were using them to solve the issue of effectively storing and managing all those creative assets, too.

So, in 2016 we decided the industry deserved a single, coherent Video Asset Management (VAM) system, and Curator was born.

Despite only offering a Windows app and basic video asset management functionality, Curator instantly stood out on a market crowded with Digital Asset Management (DAM) systems that weren’t serving the complex needs of people using and managing a growing collection of video assets. 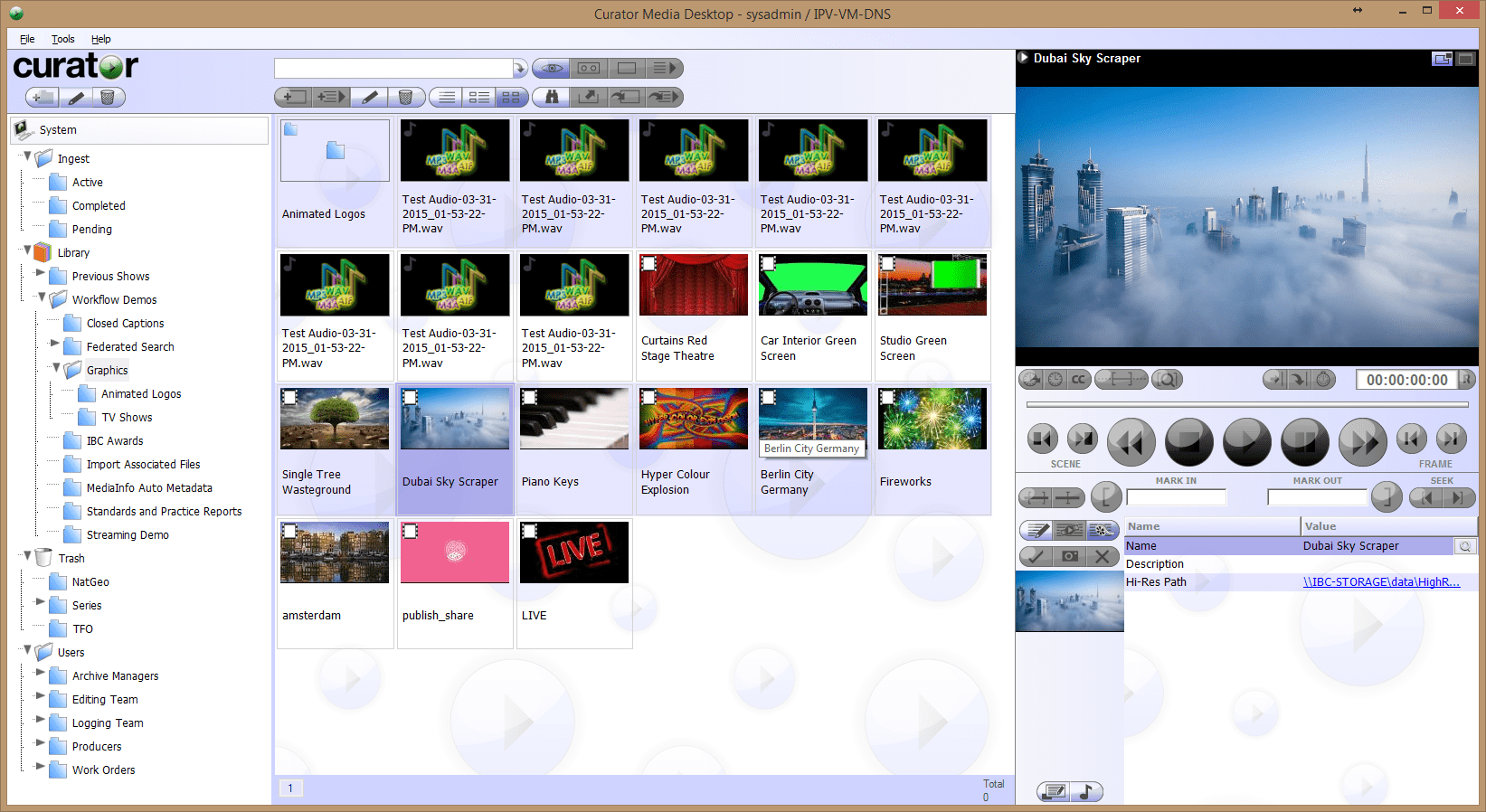 It may not have been the prettiest software but hey, we all have to start somewhere, right...? 😉

How has Curator improved?

Fast forward to the present day and, thanks to constant development and new functionality being added, Curator has developed into the industry-leading video asset management system trusted by video professionals from Sky, NASA, Sesame Street, Turner Studios, Altitude Sports, and many more.

Our commitment to continued improvement means each new quarterly release of Curator brings:

You can see what’s happened in our recent releases in our Curator release notes.

We hate buffering and loading screens as much as you do, so we’ve worked hard over the years to drastically improve the performance of the Curator system. To date (December 2019), Curator is 9.5x faster than it was when we launched it in 2016.

What does this mean for those using the system? Near-instant search results, super-fast exports, and less waiting around thanks to a proxy transcode service that transcodes up to 8x faster than real-time.

From easy ingest and smart logging, through to automated metadata using Artificial Intelligence object recognition and speech-to-text, Curator has seen significant additional core functionality and upgrade functionality developed since it launched, all developed to help creative teams do more.

Major user experience enhancements help Curator users do more in fewer clicks, whether that’s finding the exact frames they need in a video clip or collaborating with remote editors.

Starting life with support for a handful of media formats, Curator has been developed to create and support the leading media formats for OTT, news, sports and entertainment broadcasting, leading online video services, and many graphics formats, too.

It isn’t just users who have benefitted from Curator’s improvements. Technology and IT teams have seen a bunch of upgrades and improvements to how Curator is set-up and deployed.

We’ll kick off 2020 with a bang with the Curator 2.3 release in February. The highlights include:

Helping you get more out of Curator

Aside from developing new features – and improvements to existing ones – a big focus for 2020 and beyond is to help users get the most out of the system. We want Curator to continue to be the industry-leader for user experience in video asset management.

How do we plan on doing this? We’re going to introduce in-app product tours, walkthroughs, and tooltips to help new and experienced users do more in Curator. We’re also planning a whole host of video content aimed at helping you do more in less time, so keep your eyes peeled for that in the coming months!

You can help us make Curator even better

While we like to be a step ahead and introduce new functionality users haven’t even thought of before, many of the feature releases, workflow improvements, and UX design enhancements we’ve released over the years have been in direct response to your requests & suggestions. We’d love you to contribute to Curator’s development and help us make it even better by letting us know you like and what you think could be improved on our Feature Request page!

Keep an eye out for the Curator 2.3 release blog post early next year!

You're missing out if your organization isn't using Curator yet - so book a demo today!

A Practical Look at Video Proxies

MAM:Explained! Why You Should Care About Metadata Logging and How AI Services Can Help