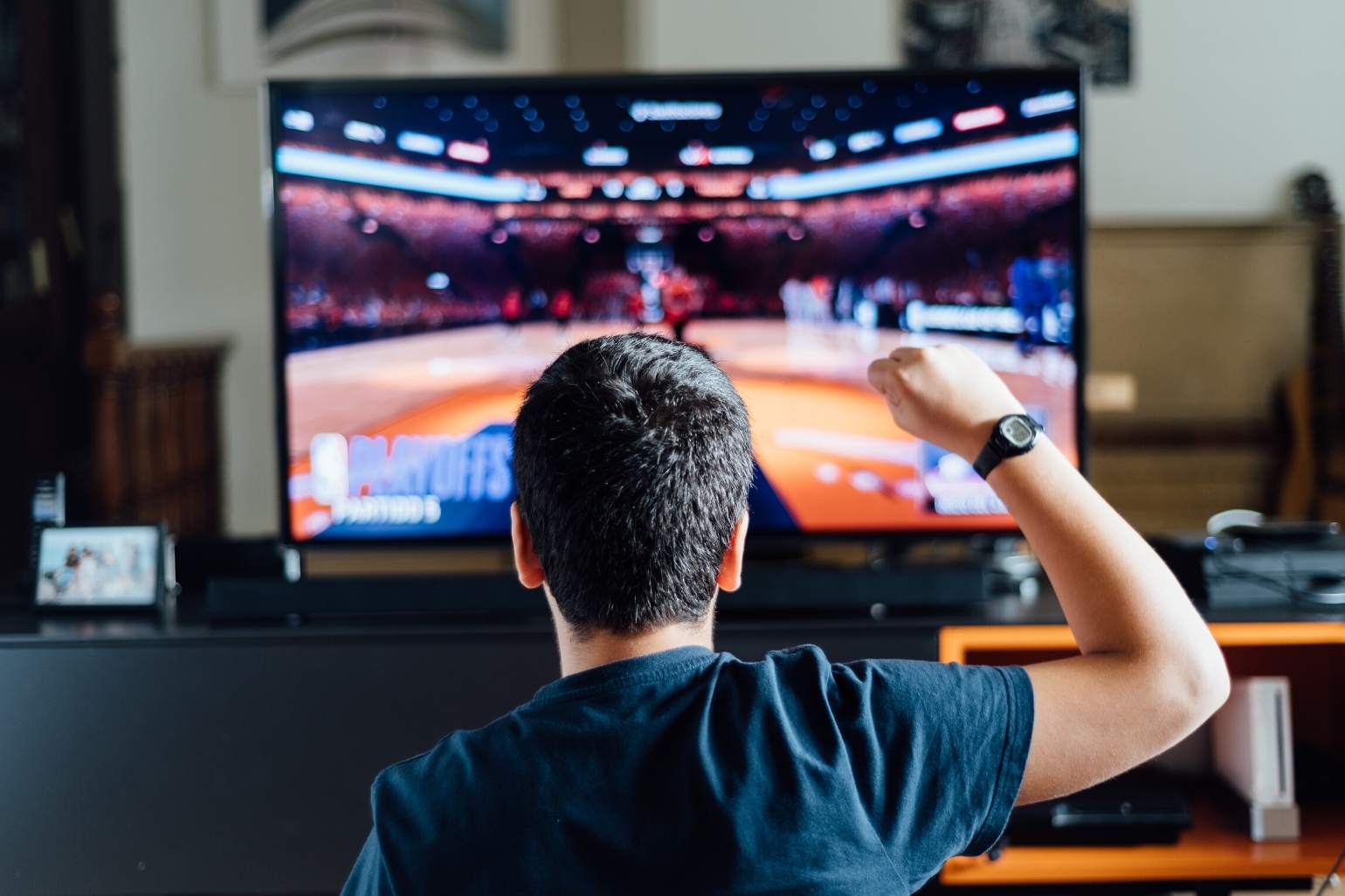 During the past few weeks, the entire sports world has ground to a halt, and people are getting anxious for the return of professional athletics. The NFL Draft recently set a record with more than 55 million viewers tuning in to watch the draft that was broadcast simultaneously on both NFL Network and ESPN. Unfortunately, it doesn’t look like there will be any major local, national, or international sporting events taking place any time soon.

This leaves sports broadcasters in a difficult position. You’re probably looking for ways to fulfill the contractual obligations that you have with distribution partners and television stations. While this isn’t live sports, broadcasters are turning to their archives in order to create unique, suspenseful, and powerful viewing experiences for audiences who love sports.

Here, we are going to look at some of the best examples of sports archive footage in action, and then discuss ways that broadcasters can better access and put to use their archive footage in the current work-from-home (WFH) environment.

1. Recreating elements of an epic season or game


HBO’s “Hard Knocks” seasons really set the precedent for this — likely inspiring more historic game footage even if things had remained normal. In fact, this HBO series was such a big hit that they are going to focus on two teams this time around (the LA Rams and LA Chargers).

Right now, ESPN would normally be showing the NBA playoffs and the first games of the MLB season. Instead, they are showing the entire 2011-2012 Easter Conference Heat vs Celtics matchups at the end of March, and then Stanley Cup clinching games from 1993 and 1994. In Europe, Sky Sports is playing the Best of 2019 Highlights .

Tennis Channel is also using archived sports footage to keep their audiences engaged. Right now, tennis players would be gearing up for the French Open championship. Without live tennis to show, Tennis Channel has been re-airing some of the greatest matches that ever took place at that historic venue. This includes plenty of Rafael Nadal matches, who has won more French Open titles than anyone in history.

ESPN has also re-aired some of the most dramatic baseball games to fill the void. For example, they replayed the epic playoff series between the Boston Red Sox and New York Yankees in 2004. That season, the Boston Red Sox became the first (and still only) team to get down 3-0 in a 7 game series and come back to win the series.


Games and seasons are great, but broadcasters are also effectively highlighting players in profile pieces that let fans get to know their favorite players better. “The Last Dance” documentary is a great example of this, focusing on the last championship run that Michael Jordan had with the Chicago Bulls. Not only is the documentary drawing record numbers on ESPN, but it also provides the broadcast stations and their analysts with plenty to discuss the next day.

The Last Dance is even getting athletes to call into the show, such as Bill Laimbeer and Isaiah Thomas, to discuss what it was like to play against Michael Jordan during this time. Given that they are featured in the documentary, this is only fair to provide them a chance to comment on how they are portrayed. Add this to the musings of the analysts who reflect on that season, and it is easy to see how “Last Dance” provides ESPN with plenty of information to discuss.

Although broadcasters have had a lot of success with documentaries, they are also producing more personal content. Famous athletes are stuck at home too. Some broadcasters are making great content by simply sending them a microphone and camera, and seeing what they can produce.

ESPN has done exactly this with Peyton Manning. ESPN has taken the entertainment ability he demonstrated on SNL and has turned this into a fantastic series with Peyton’s Places on ESPN. He was even rumored to be in the mix to host ESPN’s flagship Monday Night Football program. Using archived footage to create player profiles is a great way to fill the void left by live sports.

ESPN is also creating player commentaries on historic games. A big part of this has been around The Last Dance documentary, getting players to comment on episodes. But they are also doing strategic breakdowns of famous tactics or games as part of their ‘Detail’ series — for example, an explanation of the Chicago Bulls’ triangle offensive by Dennis Rodman. A lot of this has been done on OTT platforms, but may end up on broadcast television if lockdowns persist. Ultimately, it’s the kind of detailed content that sports fans love. 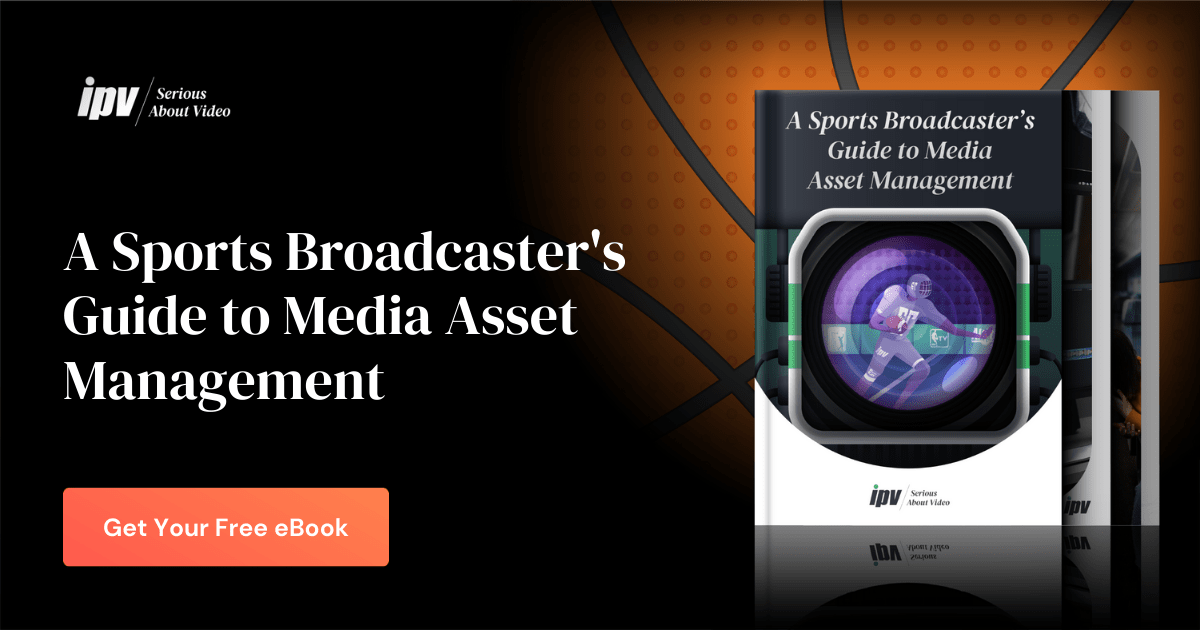 
Sports analysts already spend a significant amount of time comparing eras, asking whether or not LeBron James compares to Michael Jordan or debating whether or not Serena Williams is better than Steffi Graf. We shouldn’t be surprised to see more and more channels using archive footage from various eras in order to create “greatest” lists in different sports categories.

Right when sports ground to a halt, ESPN demonstrated this was possible when they put together their “greatest of all time” college basketball bracket. While nothing can replace the lost March Madness tournament, this was a great way to fill the void left by the biggest tournament of the year.

Of course, ESPN was not done. They continued with a ranking of the Greatest World Series from start to finish. While any of these rankings are going to be subjective, that is exactly the point. This archived footage can be used to spark debates, keeping sports fans interested during a time when live sport is not happening.


While actual sports have been shut down, eSports have not. This is a great way to get players involved, providing a starved sports audience with some actual, live content. Some of the best examples include:

eSports can be delivered across multiple platforms, helping players fill the void of live sports for their fans. Mix this in with player highlight reels, and archived game footage — either bookending or integrated into the program — and you have an engaging night of sports-driven content.

How to use archive footage more effectively

In order to deliver this content, broadcast teams need to access their video archives and be able to collaborate remotely. Whether you are looking to re-air old games or create player profiles, the best way to make this happen is through media asset management (MAM). This provides permission-based access to archived sports material while also allowing for proxy-enabled editing workflows via the cloud. MAM resolves issues with remote workflows by:

In addition to remote access, MAM also provides you with the ability to create advanced metadata using object detection and speech recognition. When effectively deployed, this massively increases archive transparency and delivers searchability similar to what ‘Ctrl + F’ functions provide to text documents. If you want more info on updating your remote video production workflows, check out our Guide on MAM for Sports Broadcasters.